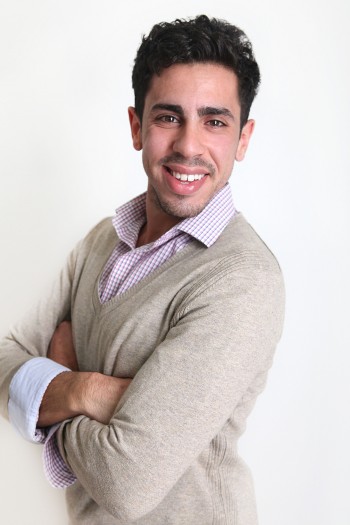 At the age of 24, Rami has been working in the media for over 5 years. After completing a Bachelor of Communications majoring in Broadcast & Journalism, he hosted his own radio show, before moving on to produce one of the top breakfast radio shows in Perth! Along the way he has interviewed & worked with some of the world’s biggest performers, including Robbie Williams, Dwayne 'The Rock' Johnson, Jared Leto, Melissa George, Jason Derulo, Kelly Rowland, Hugh Jackman... and too many more to list! Along with his radio work, he also MC's local events and lends his voice for promotions as a voiceover artist! Rami has always maintained a solid interest in acting. Starting with school productions, to stage shows (Phantom of the Opera, Two Gentlemen of Verona), and short films. He has been praised for having a bright & witty personality which translates well to the characters he portrays, and in his versatility. He loves to push himself, and believes there no limitations when it comes to the arts. In his spare time, Rami likes to call the sky his home! Often suffering from the travel bug, he is well travelled and finds great joy in doing it. Plus plane food is amazing.