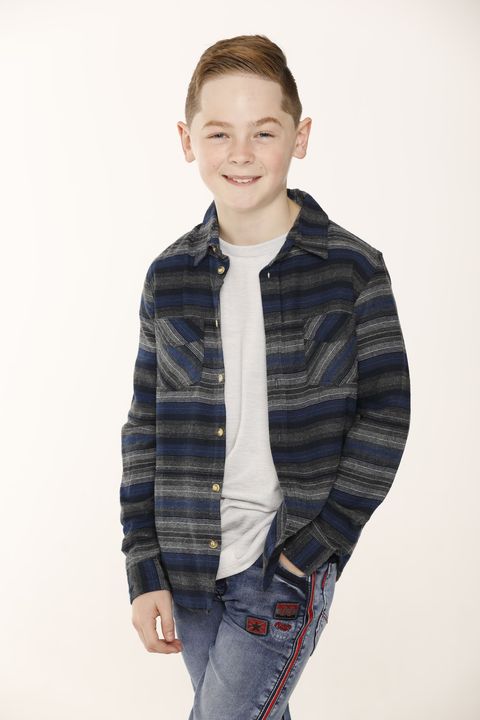 RJ is a cute kid, with a pinch of cheekiness. He’s 11 years old & a little on the small side. He is currently First Dan Black Belt in martial arts, in a demonstration team, & undertakes weapons training (nun chucks, bow staff, sais, arnis sticks etc) and hyper acrobatics. He is the current Australian Champion for his age division & qualified for World Titles this year, which was has been cancelled due to Covid. RJ has starred in TVC’s, a TV pilot, numerous short films, music videos, voice overs & musicals. He has completed many acting & modelling workshops & performed in several showcases, including winning his school talent show for a comedy monologue in front of 1600 peers. He competed at the Australian Convention of Actors & Artists (AUSCAAs) in Sydney & won Best Overall Young Talent, also winning a scholarship to IMTA in LA (which we have not yet attended) RJ is a good student and on the primary school student representative counsel. RJ is very mature for his age & takes direction well.